I decided to try my attempt at wine soap.  I live in the Okanagan Valley in beautiful British Columbia, Canada.  We are considered a desert and we have numerous wineries that produced some top quality wines.  I wanted to test Red Wine, Rose Wine and White Wine for the colour and smell.  I have smelled other wine soaps that have added scent to them, but for this experiment, I wanted to keep it completely natural.


I decided to try several different options with each type of wine.  The first was  letting the soap sit on the counter in the mold, the second was putting the soap in the freezer and the third was Cold Process Oven Process (CPOP).

I also wanted to see what the differences were with different amounts of wine, and when the wine was added.  In one batch I added 100% of the wine in place of the water.    In another batch I did a 50/50 ratio with 50% wine and 50% water.  The third batch was 50/50 again but I added the wine at trace this time (for this experiment I will refer to this as “added at trace”).  Here are the results: 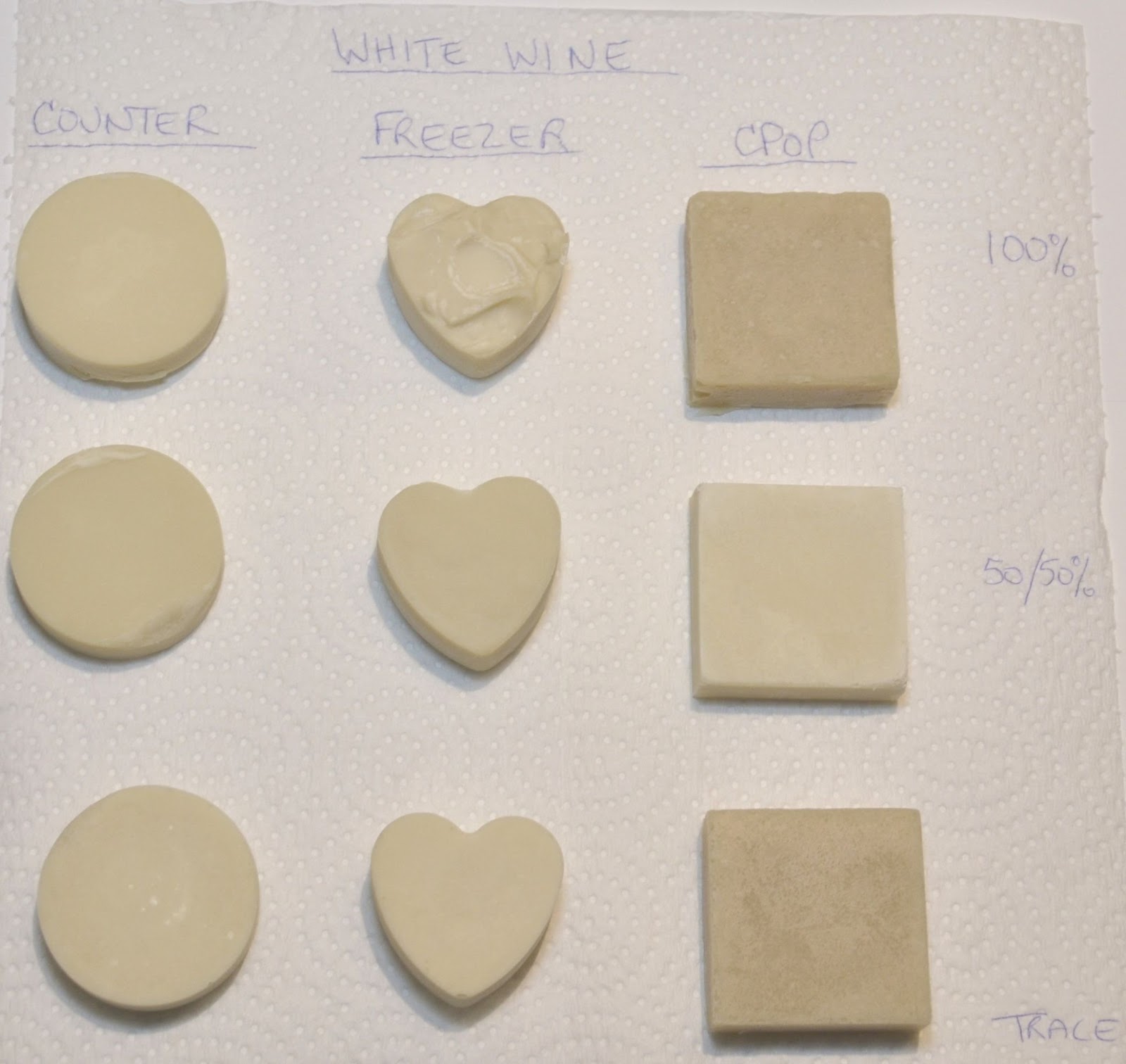 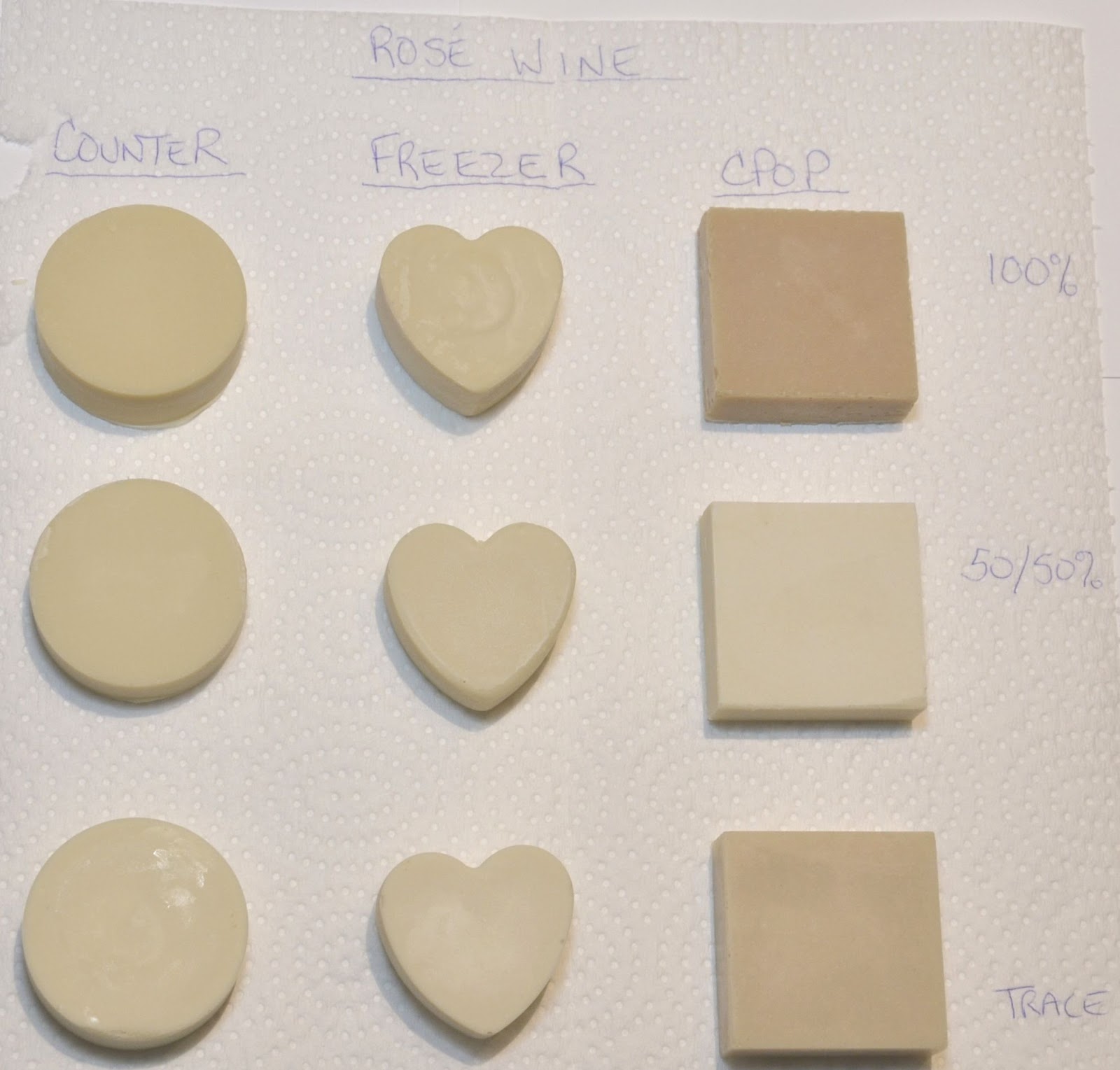 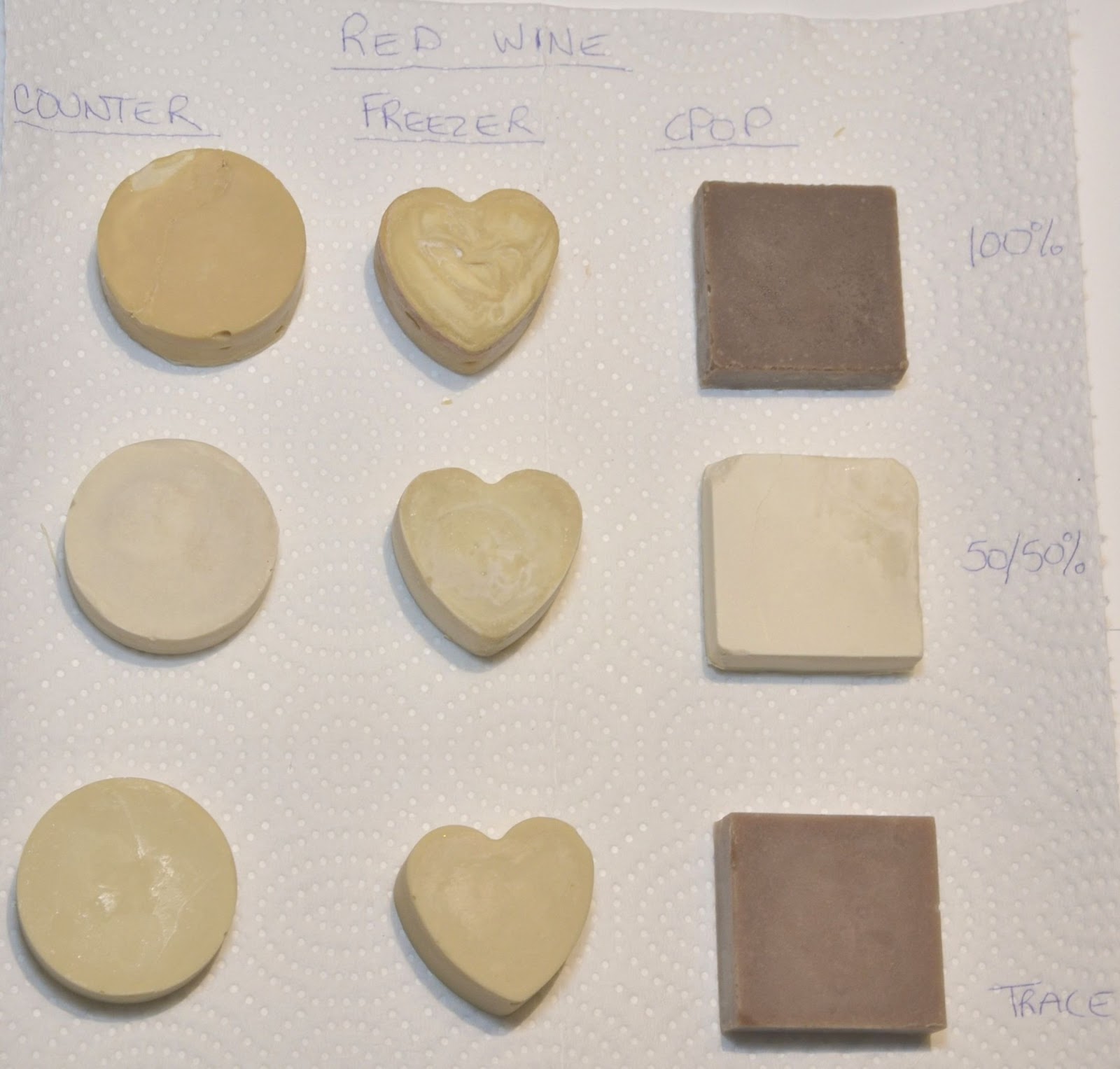 Conclusion:
I was disappointed that the Wine smell didn’t come through the soap at all but I was also expecting this to happen.  I was also bummed that the colour didn’t keep.  I am not sure if different varieties of Wine would help or not.  If I am to make Wine soap again in the future, I will add colour and scent.  I also suspect that making Wine soap with the Hot Process (HP) method might also help to retain some of the natural colours, however, I have never made HP soap before so it is only a guess.

If any of you soapers make wine soap, I would love to hear your tips and tricks.